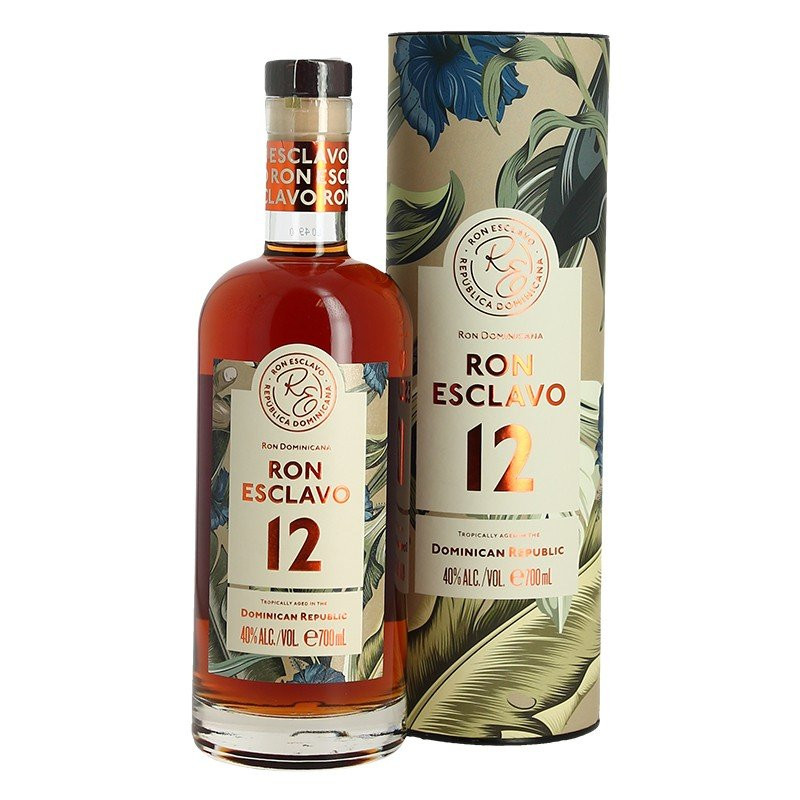 Delicious rum Esclavo 12 years of molasses * from the Dominican Republic aged a dozen years in American oak barrels (bourbon) according to the Solera method **. Distillery: Oliver and Oliver (Optimus Rum) Light rum is distilled in columns between 85 ° and 90 °, much less fragrant due to high degrees of distillation. Light rums can be distilled either from molasses or vesou. Sugar can be added to round out the taste and improve the color. * Molasses: after extracting the sugar from the canes, this viscous, blackish liquid (comparable to wine marc) remains, which still contains 50% sugar, which is distilled again to extract the remaining sugar. 90% of rums are made from molasses. ** Definition of the Solera method: The Solera method consists of a stack of barrels on several heights. The first level, on the ground, is called solera. The other levels are named first and second criadera.The rum at the end of aging destined to be conditioned, is withdrawn from the solera The quantity of rum removed is replaced by that of the two barrels located above. So on until the maximum height which is supplemented with young rum.