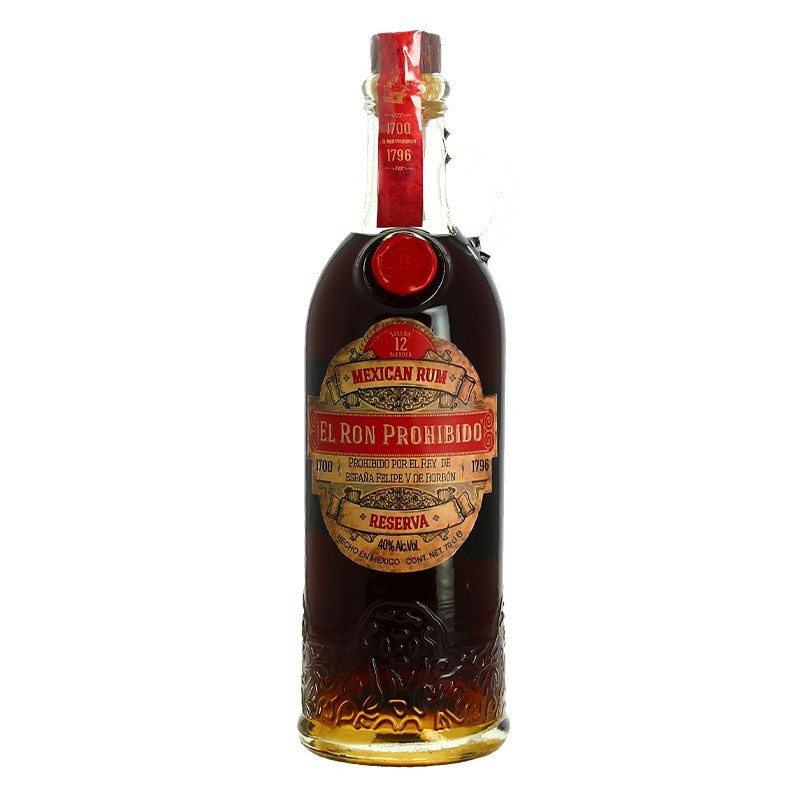 The nose of this Mexican Prohibido rum evokes dried fruits (grapes, prunes and figs) then, notes of hazelnut and noble nuts take over before giving way to notes of wood and vanilla. The mouth confirms the aromas discovered in the nose then chocolate and mocha coffee notes appear. The finish is long and is reminiscent of English toffee. The history of this rum dates from the beginning of the 18th century. Around 1700 the boats left Spain for colonies loaded with barrels containing sweet wine. On return, these boats carried the same barrels filled with Mexican rum, Chinguirito. Before the time the aging was .... was invented. This aging lasted for the duration of the trip. This rum became very popular to the point of becoming a very serious competitor of Spanish products, this rum was banned (Prohibido in Spanish) for production by King Felipe V. The Chinguirito rum was known as Habanero because the last stop boats before the big crossing to Spain was Havana in Cuba. The process of this rum also evokes the Dos Maderas Rum, 5 years of aging in barrels under the Caribbean sky and 5 years of aging in Spain in Pedro Ximenez barrels.