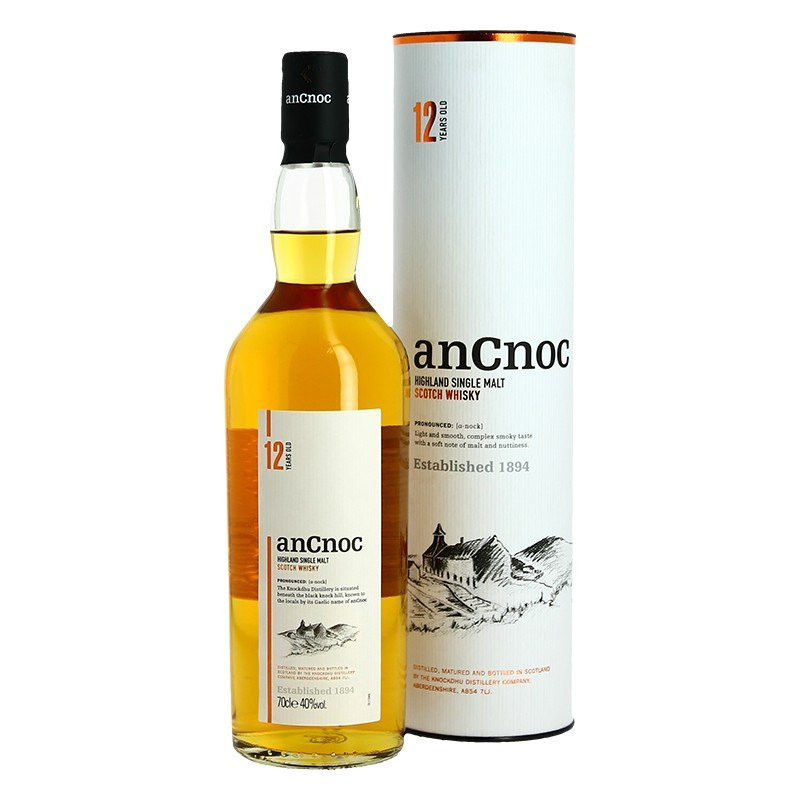 History of ANCNOC 12YO Highlands Whiskey

The distillery was founded in 1893 by John Morrison. Shortly after purchasing the land from the Duke of Fife, a few water sources were discovered on the southern slope of Knock Hill.
As the quality of the water was confirmed, construction of the distillery began immediately. The site also had the advantage of being close to Knock station on the Northern Scottish Railway between Aberdeen and Elgin.

Single Malt, Finely liquorice, it is marked by ripe fruit, vanilla and the sweetness of malted barley.
It evolves on more floral notes. Ample, malty, it reveals notes of fermentation.
It grows on cocoa beans and on exotic fruits. Sweet and spicy, it is also fruity and finely herbaceous.
It lingers on citrus and toffe. If you had to describe this single malt in two words, it would be "intensely Speyside". Very popular with London bartenders, it is part of the famous "Knocktails".