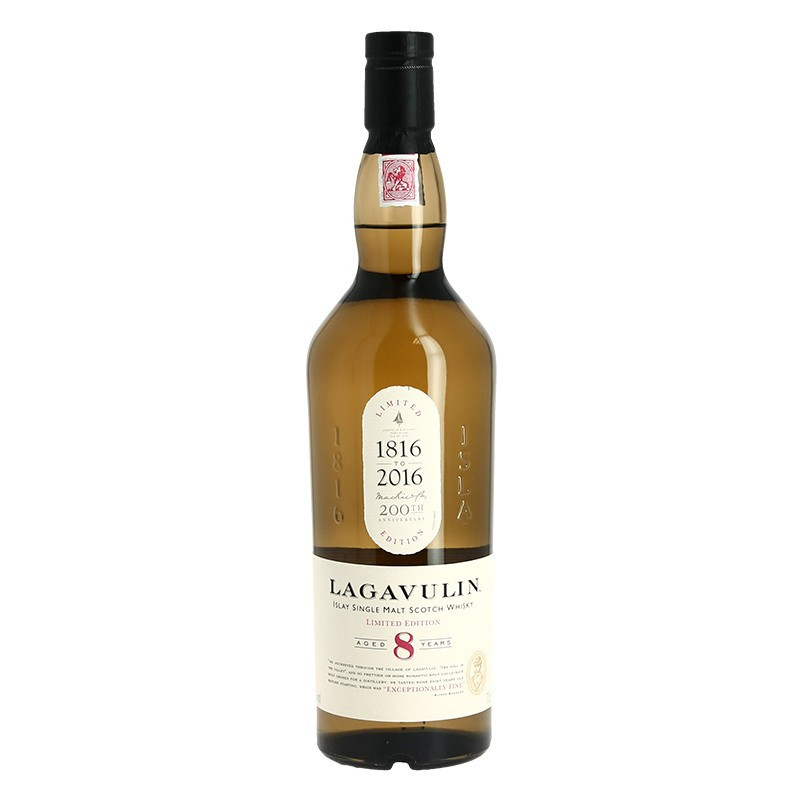 Lagavulin 8 Years Old Rare Islay Single Malt Scotch Whisky. If you are new to whiskey, it is better to practice with others and come back later to Lagavulin because they are very cleavage, we like or we hate! This is explained by the strong presence of iodine. This presence also gives an impression of medicinal scents to Lagavul whiskey such as cloves or seaweed. Lagavulin is also beautiful peaty and smoky notes. Lagavulin which means the valley of the mill in Gaelic was the first legal whiskey distillery on Islay in 1816, although it is certain that this distillery has been operating clandestinely since 1742. Its two small stills are pear-shaped, they come from the cult distillery missing Malt Mill (1908-1960) who was near Lagavulin. After a long fermentation and slow distillations (around 5 hours for the first distillation and more than 9 hours for the second distillation), these two stills bring to Lagavulin single malt a lot of roundness and smoothness. Since 1998 you can visit the distillery, it is a must if you are on Islay.