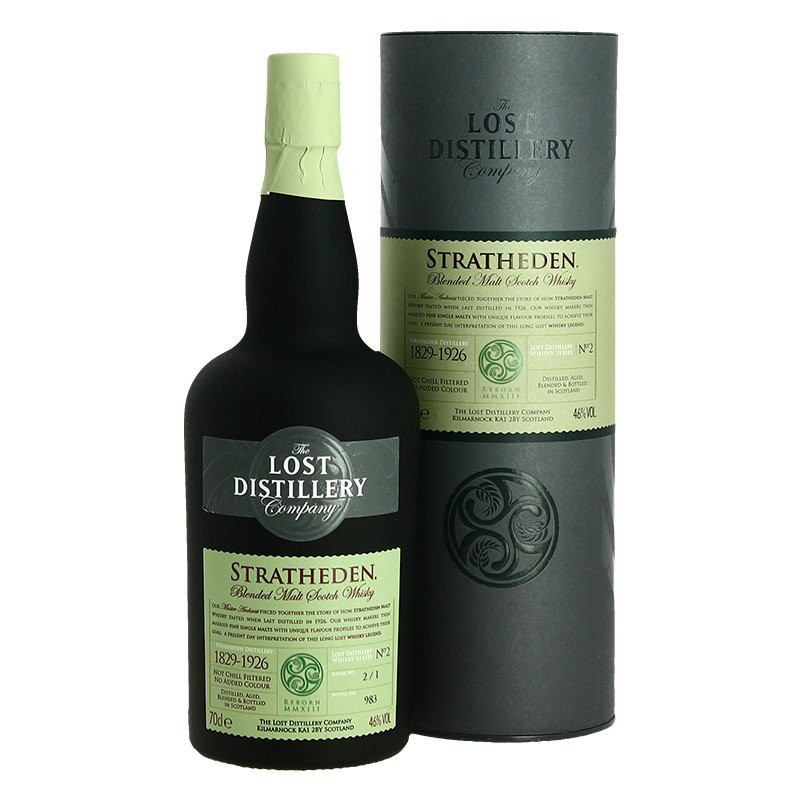 STRATHEDEN Archivist de Luxe Blended Malt Lowlands Whiskey by Lost Distillery,Lost Distllery is committed to reviving the style of whiskeys from distilleries that have disappeared or were destroyed in the 19th century and early 20th because of prohibition. These whiskeys are artisan whiskeys, with a logo which is worn on the Triskel, this old Celtic symbol which symbolizes reincarnation. Andrew Hogan is based on the work of Professor Michael Moss from the University of Glasgow, the testimonials and recipes are exhumed from old books focusing on the 10 key points that influenced the whiskeys produced at the time. These 10 elements are: the production area, the locality, the water, the barley, the yeast, the peat, the material used, the still, the wash back and the wood of the barrels.

5 other products in the same category: