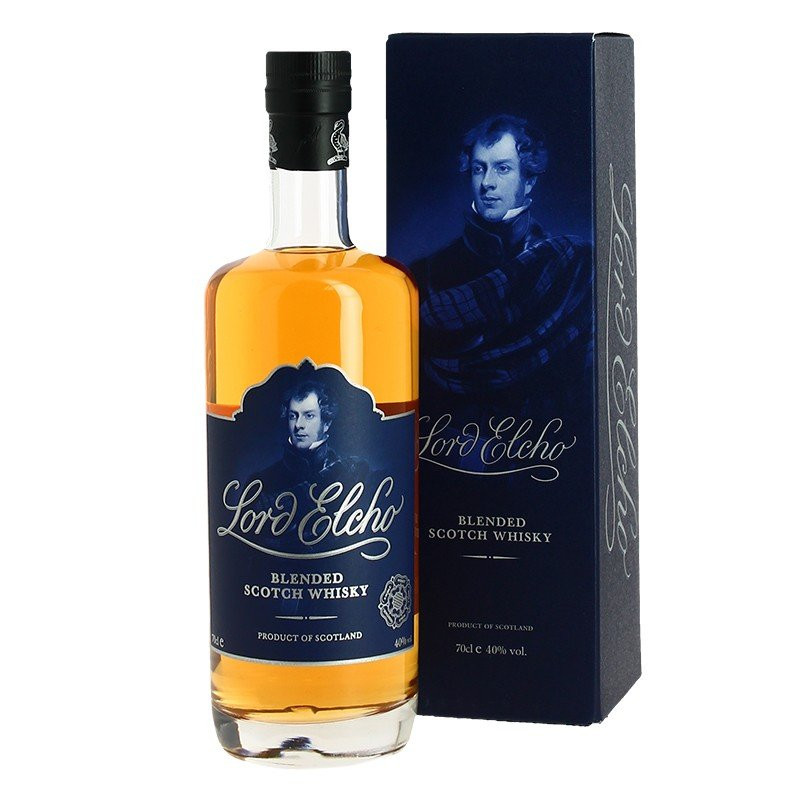 LORD LORD ELCHO Blended Scotch Whiskey created by the house Wemyss in tribute to Lord Elcho the eldest son of the 5th Earl of Wemyss, was one of the most famous supporters of Bonnie Prince Charlie during the Jacobite Rebellion, this episode is recounted in the Outlander series. This Blend contains at least 40% malts, the complement are grain whiskeys. The nose evokes fruits, the vegetal side of hay as well as eucalyptus notes. The mouth is marked by toffee, peppery and fruity notes.