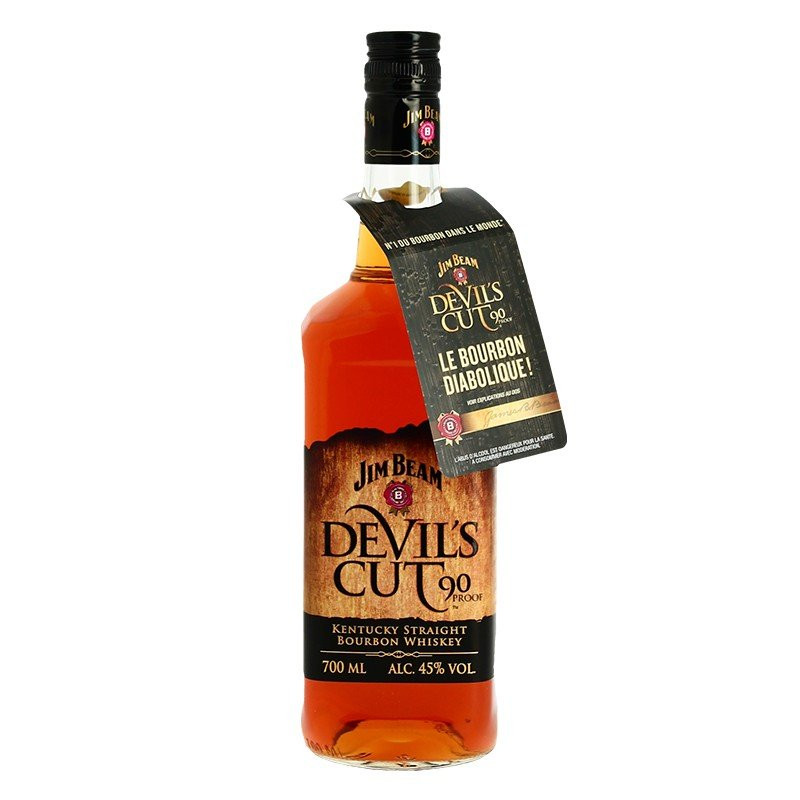 JIM BEAM DEVIL'S CUT Kentucky Straight Bourbon Whiskey. the water used to reduce (cut) the alcohol level is spent in bourbon barrels. This water allows a great concentration of flavors Jacob Beam, son of an immigrant family in Kentucky around 1750, was the first of his family to set up a distillery around 1770. 7 generations later, the family is still at the head of the empire in the alcohol worlds. Jim Beam, one of Jacob's successors ran the distillery from 1894 to 1946. He left such a mark on the company that the group's flagship brand took its name. This very perfectionist man always had a sample of the yeast used at the distillery at home, just in case a fire destroyed everything. The Jim Beam white Label is the best-selling Bourbon in the world today.