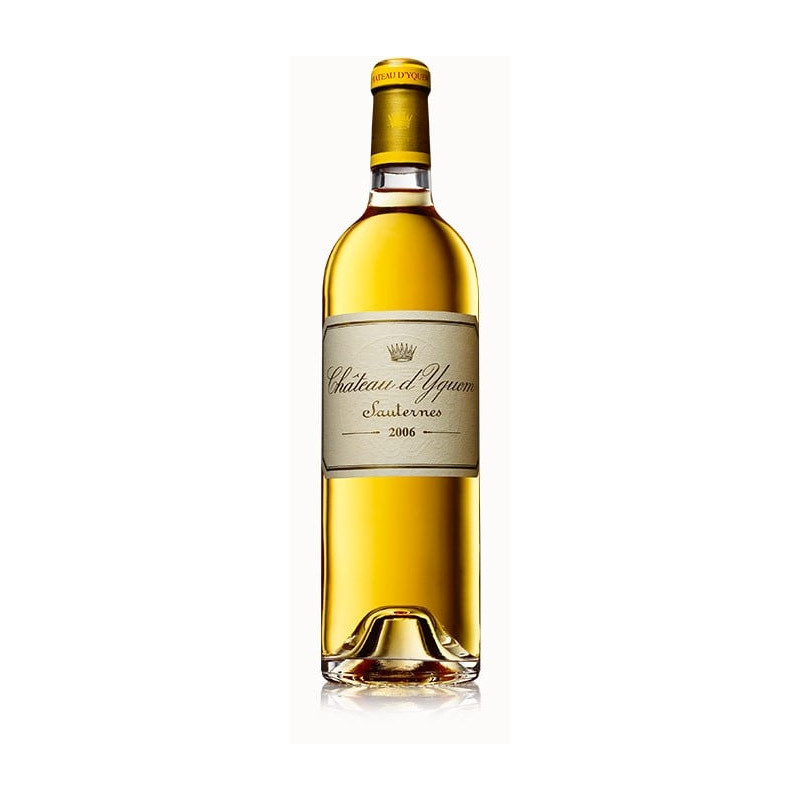 Château d'YQUEM 2006 Sauternes 1er cru superior 75CL 2006. This vintage illustrates the dexterity, responsiveness and know-how of the Yquem teams, as the weather contrasts were extreme from one end to the other; the perfect mastery of the evolution of the plots according to a given climate, the choice of soils to harvest and the sorting tactics operated, however, were right of the climatic vagaries, proclaimed irreversible. Great wines are not born by chance, on any land. A combination of climatic and geological circumstances combined in a rare balance means that one can truly speak, for Yquem, of a "genius of the place". Here, in a rare alchemy, all the favorable elements of Sauternes are concentrated. Soils, hot and dry on the surface, benefit from the accumulation of heat by the gravel pebbles. They also have good water reserves due to the clay nature of their sub-layers. Many sources are outcropping and the control of the water regime of the soil has long motivated the establishment of drainage (100 km of drains since the 19th century). The vast expanse of Yquem has made it possible to plant the vineyard (113 ha) on a very wide range of the Sauternes geological mosaic. The resulting extraordinary variety of soils is a fundamental element of the final complexity of Yquem wine.