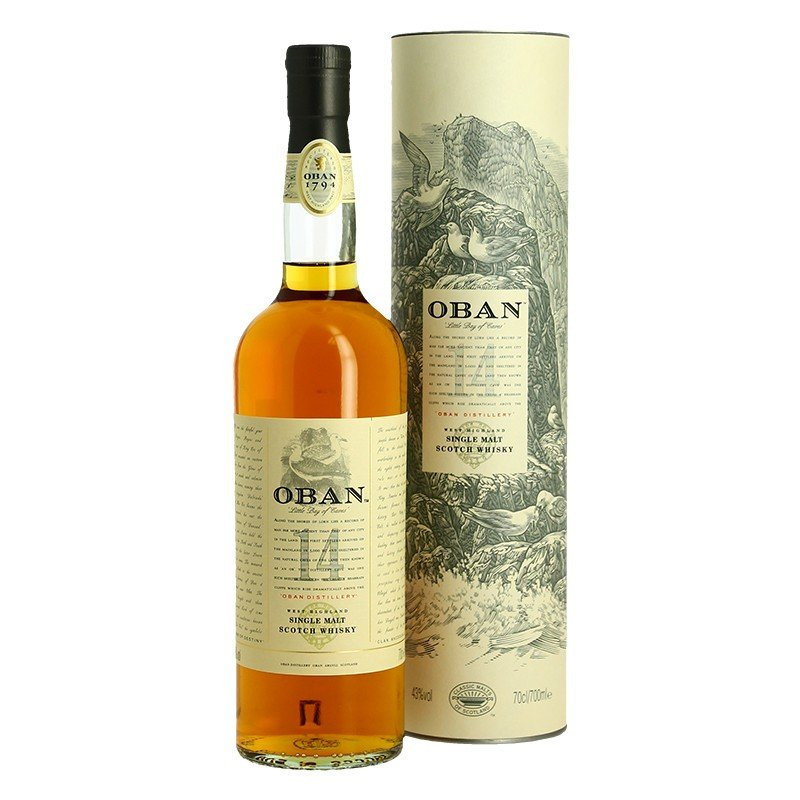 The Oban distillery is classified in the Highlands and yet located on the Isle of the Hebrides, the marine influence is therefore important.

The Oban 14 years Classic Highlands Whiskey 70 cl is a Single Malt. To be a Single Malt, a whiskey obeys 2 immutable rules.
This whiskey must be the product of a single distillery (Single), but also be made only from malted cereals: Malt. This malted cereal must be barley, however in rare cases rye is used.
Scotland is the largest producer of single malt whiskey.
These are then Scotch Single Malt Whiskey, but you will find other producing nations, for example Japan, India, the Czech Republic or France which also distill tasty Single Malt.
The principles are always the same, the whiskey must come from a single distillery and the cereal used must be malted barley.