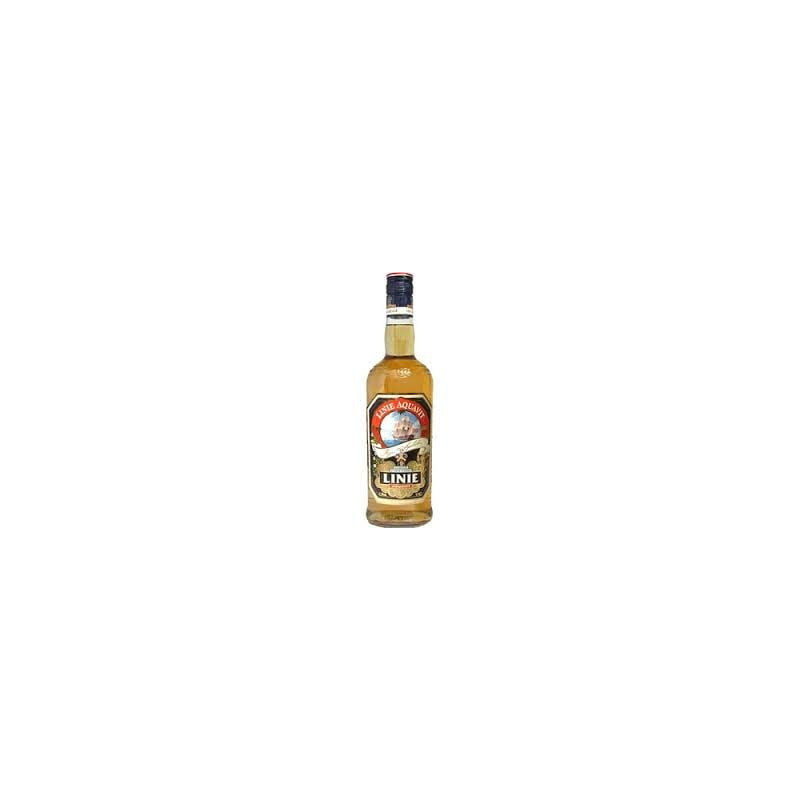 Aquavit Linie is a traditional Danish alcohol but this production is Norwegian. Close cousin of vodka, aquavit is obtained from cereals (95% wheat) and potatoes (5%) which give it its sweet taste. It is then added with aromatic plants (anise, curry, cumin, fennel, coriander, dill) to obtain the Linie aquavit. A particular type of Aquavit, called aquavit Linie, is shipped twice over the equator before its producer puts it on sale. "Linie" means "equator". The nose of the Aquavit Linie is fruity (yellow peach, quince), aromatic (cumin), the mouth is marked by black pepper and ginger.