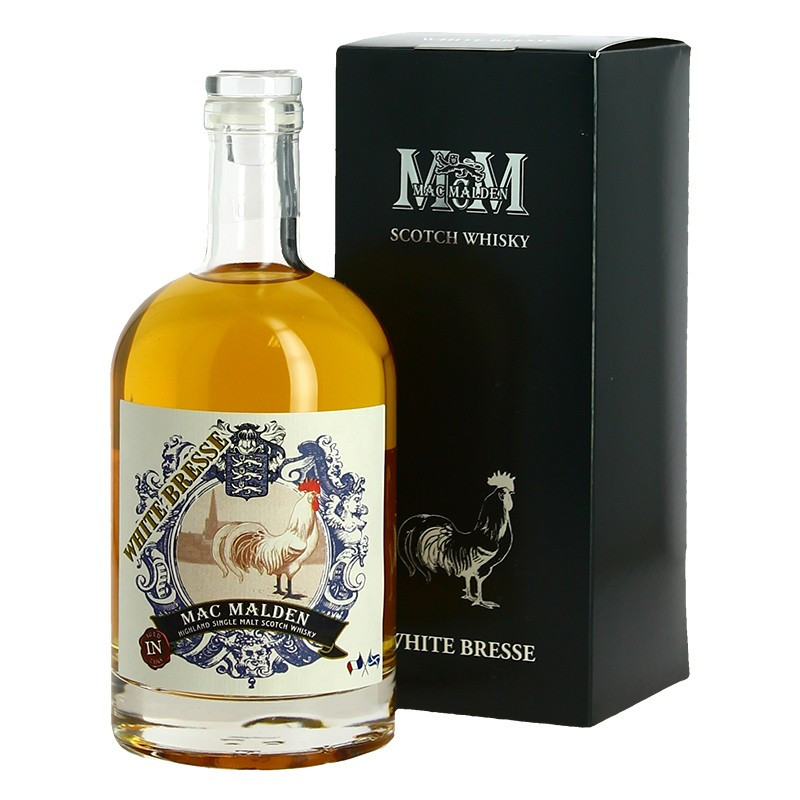 Whiskey White Bresse Mac Malden Highlands is a whiskey produced in Scotland in the Highlands. This whiskey is a Highland whiskey, a land renowned both for its whiskeys, which is the largest region in production of scotch whiskey, and for its Highlanders Games or its famous Loch Ness. In the Highlands, region of northern Scotland, you will find a wide variety of whiskeys, because under the same regional appellation coexist 30 distilleries, with styles as different as the island whiskeys, with the exception of Islay (Jura, Skyes ...), whiskeys from the fertile plains of West Scotland, whiskeys from mountainous areas like Ben Nevis, and whiskeys from the north such as Old Pulteney and Glenmorangie. This is why the Highland region has been subdivided into 4 production regions: Eastern Highlands, Central Highlands, Western Highlands and Northern Highlands.