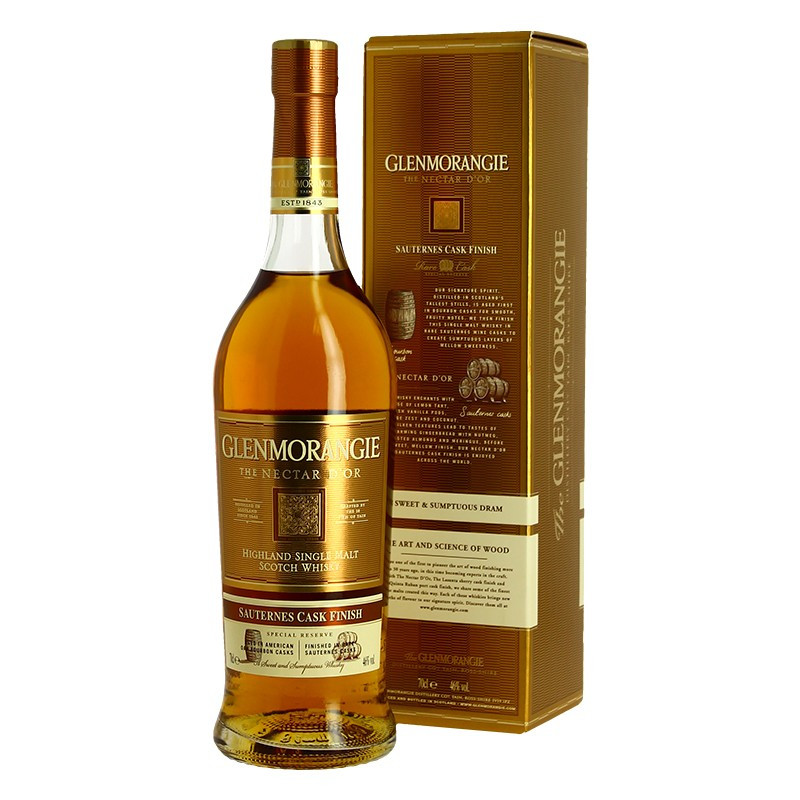 The Glenmorangie distillery is an institution in the United Kingdom. Of the 10 million bottles produced by this distillery, around 6 million are sold in the United Kingdom. You could say that it is the benchmark Single Malt of the British.
Glenmorangie, distillery of the Eastern Highlands started its distillery activity in 1843.
Man has a crucial role in the manufacturing process of a bottle of Glenmorangie, the distillation being ensured by the "" Sixteen men of Tain "".
Then the maturation is entrusted to the team led by Mr Lumsden who is at the origin of the aging program in different "Extra Matured" barrels like barrels of Porto, Sherry, Sauternes or even red wines.
This program is so central to Glenmoragnie's development and differentiation strategy that the distillery now has its oak forest in Missouri. Barrels produced in the USA dry 2 years before being rented at Heaven Hill or Jack Daniel's, then cross the Atlantic and can finally accommodate Glenmorangie.

7 other products in the same category: