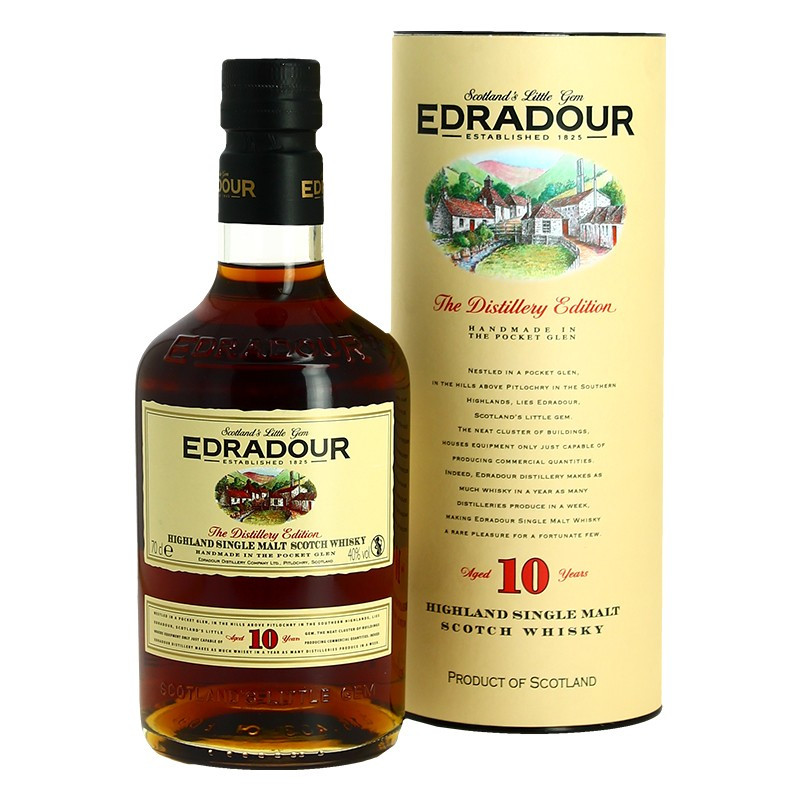 This EDRADOUR 10 years Highland Single Malt Whiskey 70 cl is a whiskey produced in Scotland with the name Highlands, marketed by the brand Edradour.
Andrew Symington, the founder of the independent bottling brand Signatory Vintage has owned the Edradour distillery since 2002, located in the village of Pitlochry.
It succeeded the Pernod Ricard group which sold this distillery deemed too small. Indeed only 12 barrels of whiskey are produced per week.
One year's production is equivalent to what a standard Speyside distillery produces in a week. Long considered the smallest distillery in the world, this title was taken from him in 2005 by the foundation of the micro-distillery of Islay Kilchoman.
When it was founded in 1825, the distillery bore the name of Glenforres, it was only 10 years after its creation that it was renamed Edradour.
If you are not a fan of whiskey, if you have the opportunity to pass near Edradour go to visit this pretty little distillery which seems to have inspired Walt Disney to imagine the village of the dwarfs in Snow White.
Edradour is today one of the jewels of the Highlands.