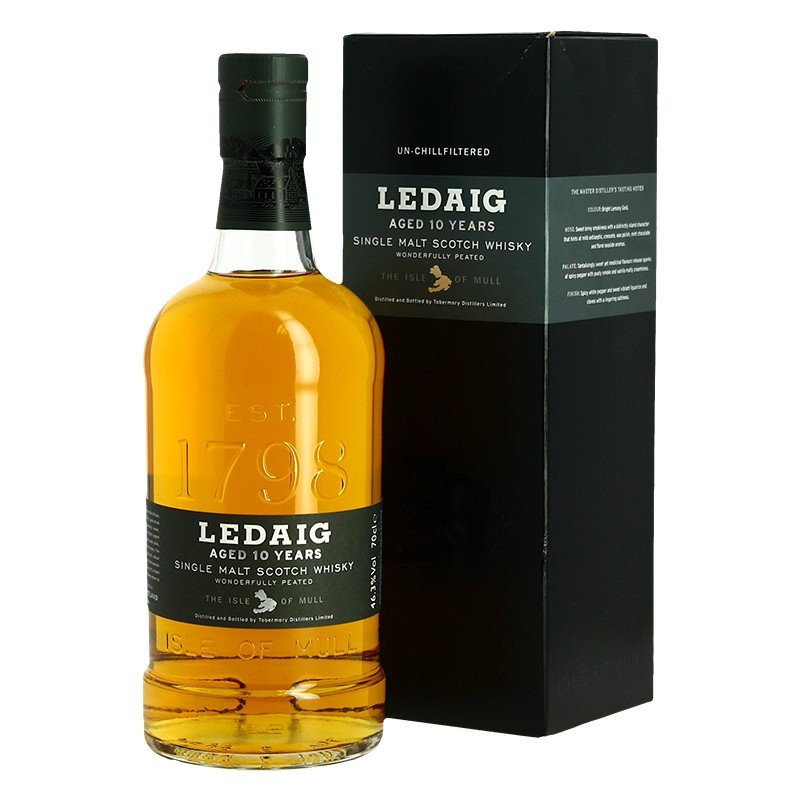 This whiskey is a whiskey from Mull.

An island located in the west of Scotland between Skye and Islay, with only one distillery located in Tobermory, the Ledaig distillery. Despite being on an island, Mull's whiskey is classified as a Highlander. Coming from the same distillery, it is common to confuse Tobermory with Ledaig. But if Ledaig scotch is peaty, Tobermory is not at all. Mull's whiskey has an iodized and sometimes peaty marine style that brings it closer to Skye whiskeys, that is to say an Ilian identity.

To be classified as Single Malt a whiskey obeys two immutable rules. The whiskey must be the product of a single distillery, hence the Single, but also come only from malted cereals, the Malt. The malted cereal must be barley, sometimes in exceptional conditions it happens that rye is used. Scotland is the biggest single malt producer. These are called Scotch Single Malt Whiskey, but there are other countries, for example Japan, India, the Czech Republic or France which also offer tasty Single Malt. The principles remain the same, this whiskey must come from a single distillery and the cereal used must be malted barley.