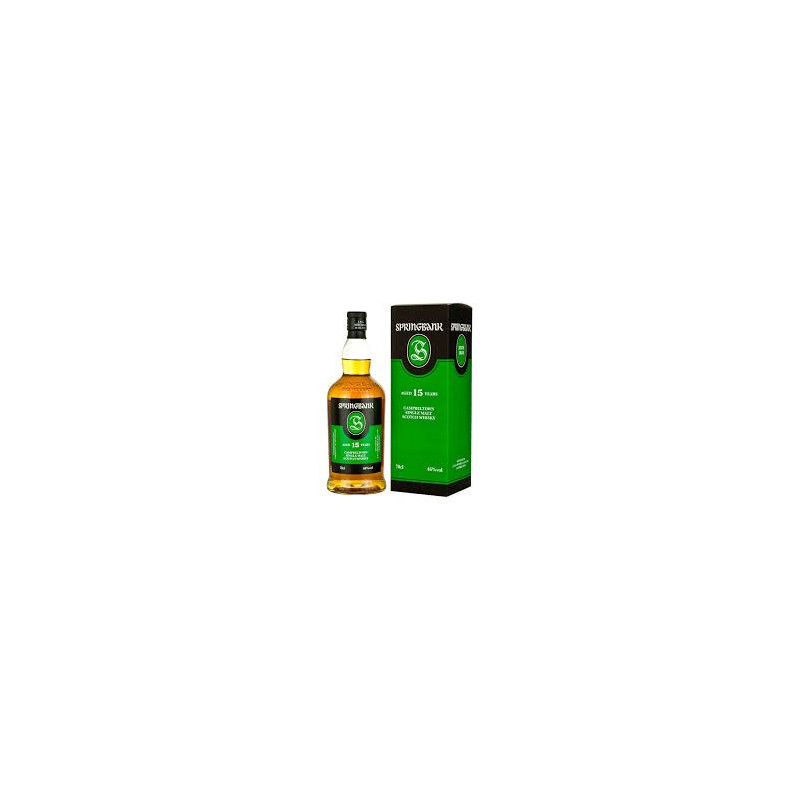 Springbank located in Campbeltown is the main still operating distillery on the peninsula. Glen Scotia only distills 2 to 3 months each year and Glengyle, which distils Kilkerran, is still just getting started. Springbank produces very different whiskeys under separate brands so as not to confuse consumers, the styles are intentionally different: Longrow an unpeated single malt, Hazelburn which benefits from a triple distillation and Springbank a lightly peated malt .

This whiskey is a whiskey from Campbeltown, a town to the south of the Mull of Kintyre peninsula, located on the west coast of Scotland near the islands of Islay and Arran. Nowadays there are only two distilleries a quarter still in operation in Campbeltown: Springbank, Glengyle (since 2004)} and Glen Scotia which produces only 2 to 3 months a year. At the start of the 20th century, there were up to 34 distilleries in Campbeltown.

The Springbank 15 Year Old Campbelton Whiskey is a Single Malt.

To be a Single Malt a whiskey follows two immutable rules. It must be the product of a single distillery, hence the Single, then come only from malted cereals, the Malt. The malted cereal must be barley in exceptional cases rye may be used. Scotland is the largest single malt producer. These are called Scotch Single Malt Whiskeys, but you will find other nations, for example Japan, India, Czech Republic or France which also offer good Single Malts. The principles are always the same, the whiskey must be the product of one and the same distillery and the cereal used must be malted barley.