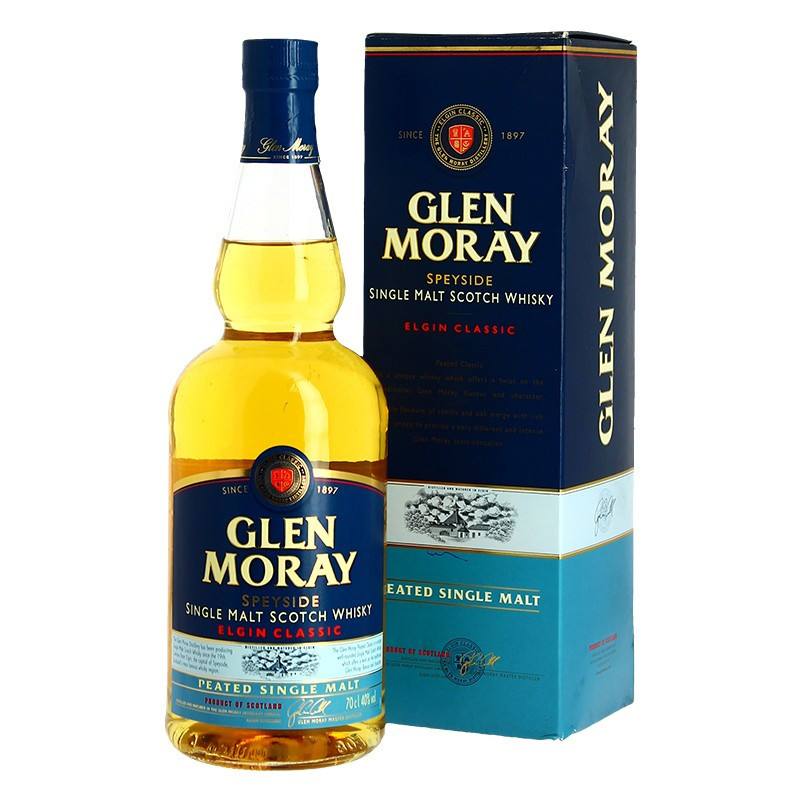 This Glen Moray Elgin is a Peated single malt.

This whiskey is distilled in Glen Moray. Glen Moray, a distillery in Speyside was originally a brewery before becoming in 1897 a whiskey distillery in Eglin in the Moray region. Like many distilleries she used the Glenlivet suffix to denote a style, The Glenlivet being at that time the great reference of Scottish distilleries, but it has no relation to The Glenlivet. The style of single malts at Glen Moray is mainly lightness and elegance, woody and vanilla notes and finally fruity. At a time when whiskeys of this style were no longer so fashionable, Glen Moray dabbled in finishes in different casks. This is how a slightly peaty version has come into being in recent years.

No related articles on blog