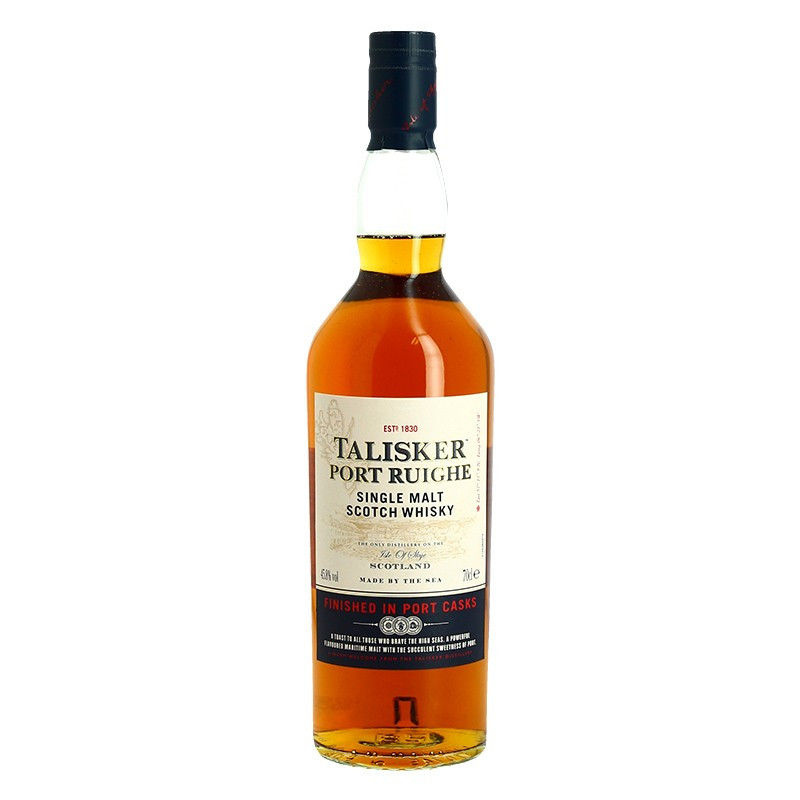 Talisker is the iconic Isle of Skye single malt, part of Diageo LVMH's Classics Malts selection. It is representative of what we imagine from the Isle of Skye: minerality, marine touches, and add an oily character at the end of the mouth which is due to a very gradual cooling at the exit of the still. With a measure of peat between 18 and 22 ppm this single malt is very slightly peaty, highlighting spicy and peppery notes. The peat is brought by water drawn not from a river but from 21 springs which flow from the neighboring mountain. An increasing part of the production is sold as single malt, but Talisker is still a component of Johnnie Walker blends.

This whiskey is a Single Malt.

To be a Single Malt a whiskey must obey two important rules. The whiskey must be the product of a single distillery which explains the Single, and be made only from malted cereals, the Malt. This malted cereal must be barley but under exceptional conditions rye may be used. Scotland is the largest supplier of single malt whiskey. These are Scotch Scotch Single Malt Whiskey, but there are other countries such as Japan, India, the Czech Republic or France which also offer Single Malts. The rule is the same, this whiskey must come from a single distillery and the cereal used must be malted barley.