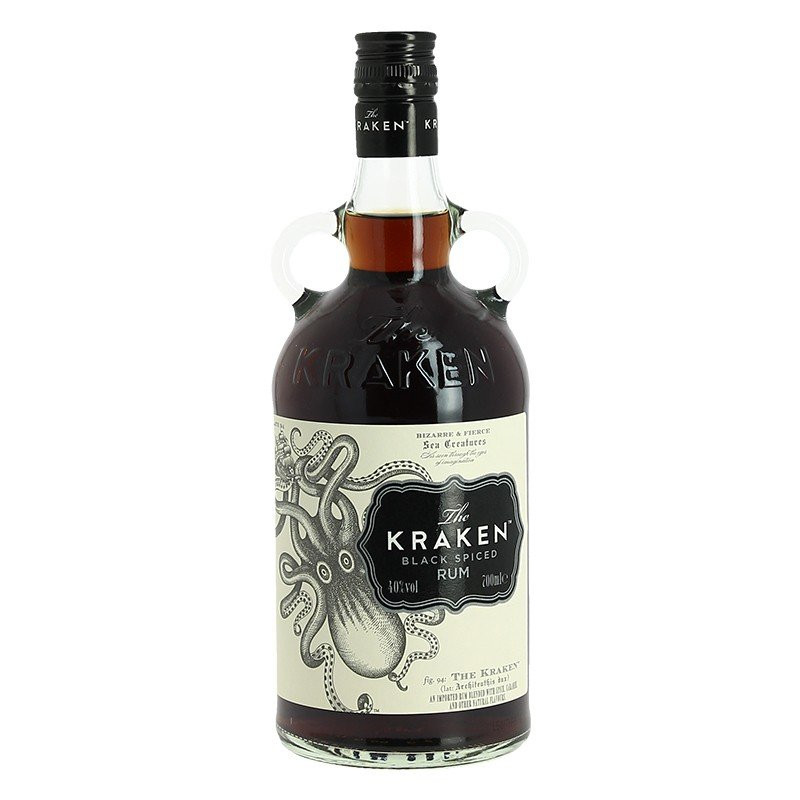 Kraken Rum is a spiced rum, bottled in the USA but aged for 24 months in barrels in Trinidad and Tobago. The recipe for this arranged rum kept secret contains 13 spices including cinnamon, ginger, cloves. This spiced rum presents notes of coffee, vanilla, cinnamon. The Kraken Rum is very dark, strong and supple at the same time. A legend tells the story of a big boat of the largest cargo of spiced rum ever transported, attacked by a sea monster the Kraken (A giant squid ??) and which never arrived at its destination.